I will be posting about some projects I did a while ago (made before the Chinese New Year Doll and the Valentine Teddy) as I work on some new projects.  Previously, I posted about some stuffies I made using Ana Paula Rimoli’s second book (Koala and Bunny).  When I first picked up this book, another pattern that immediately jumped out at me was her adorable “Sweet Peas” pattern.  These sweet peas reminded me of the uber cute peas in Toy Story 3, a movie which I absolutely loved!  I was itching to try out this pattern, but I did not have any shades of green yarn.  A trip to the craft store fixed that, and I happily began, knowing that this project would be simple and quick.  I initially followed Ana Paula’s pattern, but the peas were turning out bigger than I expected.  I modified her pattern to make cuter, smaller peas 🙂

I began crocheting a ball to make the first pea… 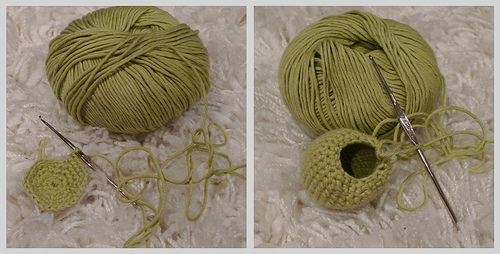 Then, I added the eyes and a smile and stuffed him. 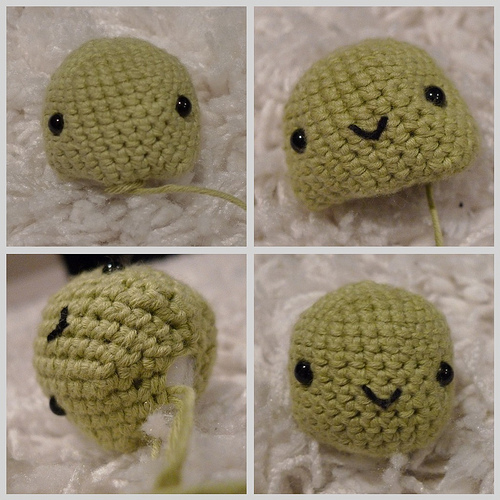 And now to differentiate each pea!  One gets a pink hat, and another gets pink cheeks 🙂 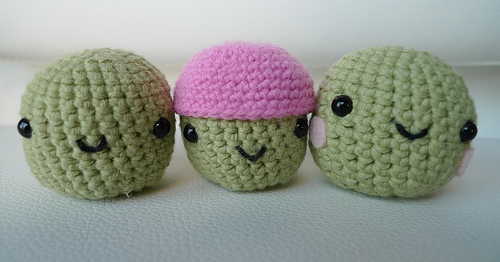 Then I crocheted the pea pod. 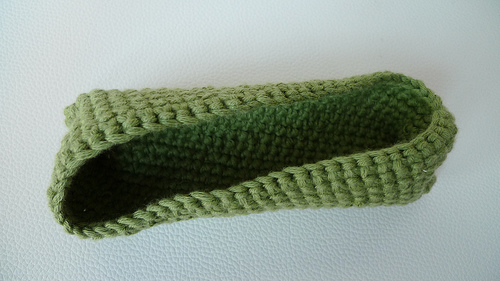 And now the fun part!  I excitedly placed the peas into their pod, one by one 🙂 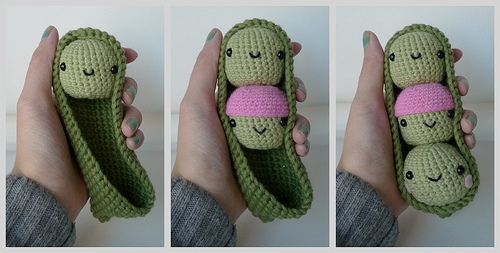 Here is a side view of the three peas in a pod.  We also modified Ana Paula’s pattern by making the tips of the pod pointy (vs. rounded), just like a real pea pod!  We did this by adding some glue to the inside corners of the pod so it would stick to itself. 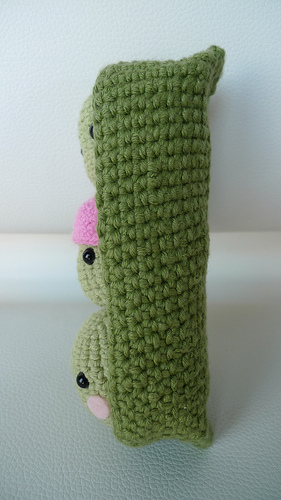 You can see a better view of the pointy tip in the following picture.  Doesn’t this pea look like Robin Hood now? 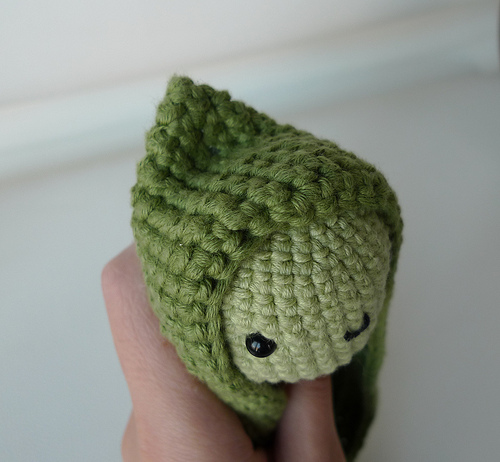 It’s pretty fun taking the peas in and out of their pod! 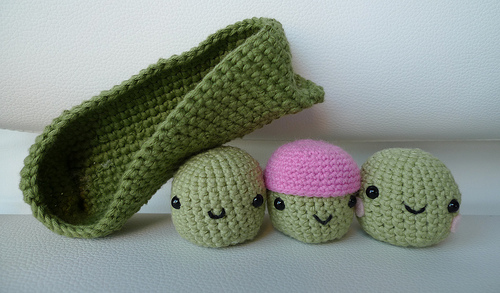 And here’s another pic of the peas in their pod, arranged horizontally now!  We pushed the edges of the pod around each pea.  Now they look so cozy and snug! 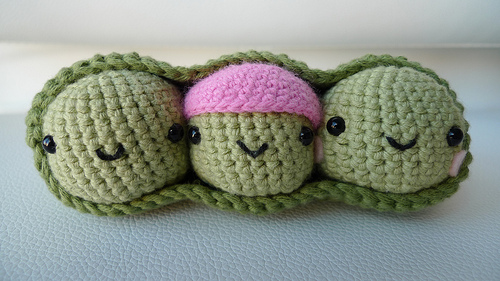 Haha, Ryan made me laugh when he rearranged them like this, exclaiming, “Look!  These two are in love, and this one’s sad” 🙁  Poor little pea…. 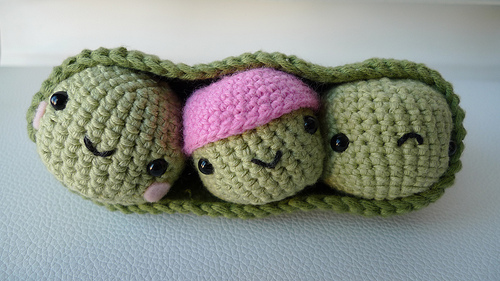 This project was a nice change from my previous projects since there were no arms, legs, ears or tails.  There was no sewing or assembly required!  Once the three peas and the pod were complete, the whole project was done.  I highly recommend trying out this project as these peas are so easy to make and so fun to play with.  Kids and grown-up’s alike all love playing with them (trust me, this comes from experience)! 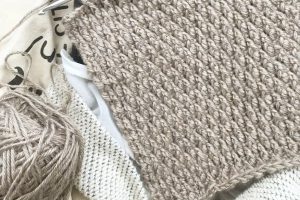